Cultivation of miscanthus in Russia. Prospects for growing muscanthus in Siberia and the European part of Russia for livestock feed and cellulose

Miscanthus has long been known on three continents - Asia, Africa and Australia, but it came to Europe in the early 1900s. His finest hour came only centuries later, when the issue of energy dependence became very acute. Then the plant was recognized as a revolutionary crop as a raw material for the production of biofuels, as well as for the production of energy by direct combustion.

Now miscanthus gigantus is grown and processed for sale in the form of pellets or briquettes in many European countries: Austria, Denmark, France, Germany, Hungary, Poland, Sweden, Great Britain and others. Moreover, the area under this culture is constantly increasing. For example, in the UK, since 2006, the cultivation of miscanthus has grown to several thousand hectares. 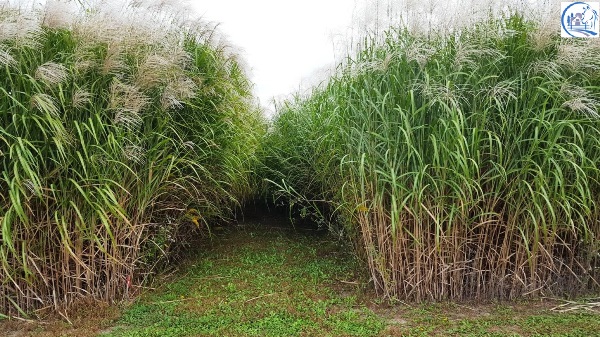 On March 18, 2021, an extended working interregional and international meeting on agroecology was held at the site of the Union "Tula Chamber of Commerce and Industry". The meeting was attended by Ivan Starikov, Advisor to the Minister of Natural Resources and Environment of Russia, Viktor Lifanov, First Vice President of the Tula Chamber of Commerce and Industry, representatives of the legislative and executive authorities and the business community, major agricultural producers, heads of farms in the Tula and Kaluga regions, Yaroslavl region, Moscow and the Moscow region, Kalmykia, Irkutsk, Kaliningrad, Croatia. Among the guests of this forum were the director of the company Kichaev Andrey and Egorov Vladimir, a specialist in animal husbandry and fodder grasses of the «Geoburo» company. Dean, one of the important issues discussed at this agro site was the question of how and by what crops to use land plots with low fertile soils? The main proposal was to consider expanding the planting of crops such as Sudanese grass, hemp and miscanthus.

Miscanthus is a perennial herb of the cereal family. The Miscanthus giant plant is unpretentious to soil conditions and can grow on low fertile soils.

This culture is distinguished by high drought and frost resistance, is able to prevent erosion processes, is not afraid of flooding, is characterized by a high content of cellulose, hemicellulose and lignin and a low moisture content of raw materials - 10-25%. One of the positive aspects of this crop is its ability to reduce radiation pollution of the soil without accumulating radiation in the plant itself. The duration of productive use, starting from 2-3 years, is 15-20 years.

Complete processing and use of miscanthus allows, among other things, to gradually abandon the production and use of plastic dishes, bags, bags, as well as organize the release of paper packaging. Miscanthus plants can grow in one place for over 20 years, which significantly reduces the need for working capital. They are slightly affected by pests and diseases and can be cultivated without chemical means of protection. In addition, miscanthus successfully performs ecological and environmental improving functions: it protects landscapes from erosion, promotes the accumulation of organic matter in the soil, significantly reducing CO2 emissions. (1 ha of plantation binds 700 tons of CO2 over 20 years).

Growing Miscanthus has advantages such as:

The first innovative sites for the cultivation and processing of miscanthus have already appeared in the Russian regions: Kaliningrad, Yaroslavl, Voronezh, Kaluga, Novosibirsk Irkutsk and the Republic of Kalmykia.

The Siberian Research Institute of Plant Growing and Breeding (SibNIIRS) is actively researching to increase the production of the crop itself, and most importantly, it is developing into what the resulting raw materials can be processed.

In order to remove possible skeptical responses to such proposals, let us immediately note that the Miscanthus culture is already being actively developed for approximately the same purposes in developed countries, where it gives good yields. In our Siberian lands, this plant also feels very good. According to the staff of the ICG SB RAS, in the third year after planting, the Miscanthus plantation is a continuous thicket of plants with a height of human growth - up to 2.5 meters. Standing density is estimated at 140-150 stems per square meter. meter. In subsequent years, the density of stems is stabilized at the level of 200-220 stems per "square". At a depth of 20 cm, the rhizomes form a continuous network. At the same time, the yield of dry matter is 10-15 tons per hectare.

One more point is very important to note. The average annual biomass growth of Miscanthus is much higher than the average wood growth in Russian forests. If we compare with specific trees, then aspen grows annually by 2.7 tons per hectare, birch - by 3.4 tons, pine - by 3.6 tons. Miscanthus gives an annual increase of up to 9.3 tons per hectare! In our conditions, this is a truly "fantastic" indicator, especially considering the fact that the biomass of Miscanthus is about 70% cellulose.

The search for alternative sources of raw materials has again brought agro-technical hemp onto the historical scene, which was used for paper production before the development of the pulp and paper industry. However, unfair competition for sources of raw materials for cellulose chemical plants under the guise of combating drug addiction led to the fact that the centuries-old traditional agricultural culture, anatomically, physiologically, and agronomically different from Indian hemp, was ranked among dangerous narcotic plants and was withdrawn from agricultural production for almost 60 years. ... By the way, prohibitive measures did not help to cope with this vice.

The 21st century has offered another alternative - miscanthus. This perennial fast-growing herb is used in landscape design to protect soil from erosion, prevent desertification, and the emergence and growth of ravines. Until recently, Russia did not have its own varieties, and foreign ones did not tolerate severe winters well. But scientists from the Novosibirsk Institute of Cytology and Genetics (ICG) were able to cope with this drawback. They created a variety of miscanthus "Soranovskiy" (from the abbreviation SB RAS) resistant to low winter temperatures and frosts, withstanding alkaline soils, characterized by a high level of lignocellulose synthesis and capable of growing in one place for up to 20 years.

According to Georgy Galitsyn, a senior researcher at the Siberian Research Institute of Plant Breeding and Breeding, their research institute has worked out agricultural techniques for growing a plant: the process of growing and harvesting miscanthus is completely mechanized, all the necessary equipment has been selected, planting and harvesting technologies have been worked out, how to do it better, better and faster to be able to plant or harvest large plantations in a short time. So far, the main direction of using miscanthus in Russia is the production of cellulose. Our company "Geoburo" is more interested in obtaining biomass for feeding cattle, so below in the article we will devote time and a description of this particular technology.

Today in agriculture, considerable attention is paid to bioenergetic plants, among which perennial grasses occupy a special place due to the high productivity of biomass and the possibility of long-term use of plantations: hemp, amaranth or miscanthus. Miscanthus, as a new technical culture, has a great corresponding resource and potential. The yield of green mass reaches 65-70 tons per hectare and dry up to 27-35 tons per hectare. The study of the feeding qualities of Miscanthus showed their decrease during the growing season. With the passage of phenophases in the aboveground biomass, the amount of protein and fat decreases and the content of fiber increases. It was found that its level in plants for the diet of cattle is favorable only when cutting in late June and early July. By the end of development, the concentration of fiber significantly exceeds the optimal value recommended for animals, which significantly reduces the feeding qualities of this culture. The metabolic energy (ME) content of 9–10 MJ / kg at the beginning of the growing season of Miscanthus also indicates the possibility of obtaining good quality pasture from the end of June to the beginning of July. Thus, in general, it is noted that the biomass of this crop is promising for the preparation of silage and for other purposes in the early stages of development due to the stiffness of the leaves and stems.

Our company considers such regions as Siberia, Ivanovo, Yaroslavl, Tver, Novgorod, Kostroma and Vologda regions to be promising regions for growing miscanthus, hemp and flax. Where the price of land plots starts at $ 60 per acre or $ 150 per hectare and practically does not go beyond the level of $ 350 per hectare. Contact our company, and we will select you interesting land plots of 400 hectares with an average price of 250 US dollars, this investment will cost you only 100,000 US dollars.

The publication was prepared on November 30, 2021 by Andrey Kichaev, General Director of «GEOBURO» LLC.