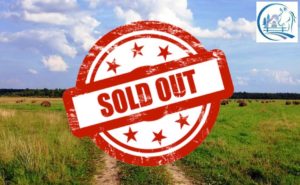 Tver region is located in the West of the Central Russian plain. It is here that are the origins of Europe’s largest river Volga. In addition to the Volga and its tributaries, other large rivers flow through the lands of the region: the Western Dvina, inter, Msta, Tsna. Part of the region is Valdai hill. The region borders with Moscow and Smolensk regions in the South, Novgorod and Vologda regions in the North, Yaroslavl region in the East and Pskov region in the West.

Tver region is located in the Central part of Russia and is bordered by the Moscow region. A distinctive feature of the region is a good fertile soil composition and a large average annual rainfall. The high level of precipitation makes it possible to grow good yields of forage grasses. The main directions of agricultural activity of the region: meat and dairy farming, production of forage herbs, cultivation of potatoes, mustard, flax and other crops.

Land for sale 3 000 hectares in the Smolensk region