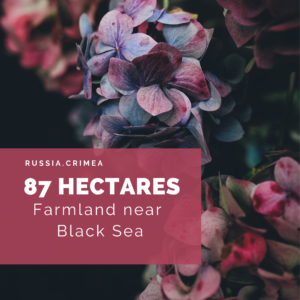 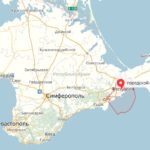 This land is located 6 kilometers from the city of Feodosia. 7 kilometers from the black sea coast – Golden beach. On this land, you can organize a highly profitable business for the cultivation of sage, lavender, roses, nuts. You can build a beautiful Villa or castle, ranch, graze cattle, plant a vineyard.

Please contact our company and we will select the desired property or land.

Our group of companies includes a division:

1. Business broker – which will select the desired object for you and help to conduct a transaction for its purchase.

3. Our management company can manage your business in Russia.

4. Our recruitment Agency – can find you staff from maid and driver to accountant and agronomist.

The Crimean Peninsula or Republic of Crimea is located in the southeastern part of Europe. Washed by two seas, Azov and Black, with the mainland is connected through the isthmus of Perekop or Kerch bridge. See photos of the bridge Kerch… 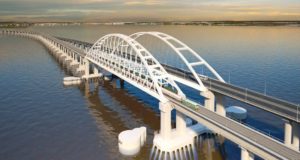 The area of the Peninsula is more than 27,000 square kilometers, which corresponds to the territory of the state of Israel. The maximum width of the island from Perekop isthmus to Cape Sarych is 207 km, the maximum length from Cape Surf on the Tarkhankut Peninsula to the Cape of the Lantern or of the bridge Kerch – 325 km. See photos of Cape Lantern…

Modern flora of the Crimean Peninsula has more than 2777 species of higher vascular plants, 10% of them endemic. The highest level of endemic flora are Crimean mountains of more than 50 endemic species. This maple stevena, hawthorn poyarkovoj, cyclamen Kuznetsova, yaskolka bieberstein, narrow local endemic of Karadag.

Soil composition of the Crimean Peninsula can be noted in the steppes of the Northern part of the Crimea developed dark brown soil in the Central part of a relatively humid climate, and dominated by southern black soil. On the Northern slopes in the foothills of the forest-steppe zone formed meadow steppes, where most often grow shrubs hornbeam, dogwood, wild rose, sea buckthorn, hawthorn. At an altitude of 340-410 m distributed mountain forests of oak fluffy, oak rock. 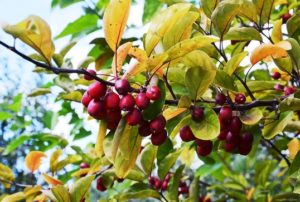 In the undergrowth of oak trees grow dogwood, hornbeam, Privet and wild rose. Above 690-820 meters above sea level, oak forests give way to dense high-stem beech and hornbeam forests on the mountain slopes.
On flat surfaces under mountain-meadow and meadow-steppe Chernozem soils the mountain-meadow-steppe vegetation is developed. Long grazing has led to a significant reduction in the forest area of the lower tiers. On the southern macro slope at an altitude of 340-410 meters above sea level grow low-trunked Oak and juniper forests on brown soils. 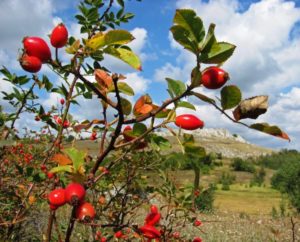 It is composed of oak fluffy, high juniper, pistachio tupolistnaya, as well as deciduous and evergreen – a small-fruited, Cistus, the butcher’s broom. At an altitude of 1001-1150 meters above sea level dominated by pine in the Western part of the southern coast of the Crimea oak forests to the East of the resort Gurzuf. Large forests in the areas of Alupka and Yalta forms the Crimean pine. At an altitude of 1150-1350 meters above sea level grow forests of beech and pine, there are plantations age 220-290 years. 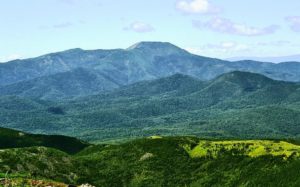 In General, forests cover 13% of the entire territory of Crimea, the maximum forest cover in the Crimean mountains is 50% of the entire territory. Natural landscapes are within 25% of the territory of the Crimea Peninsula, of which 10% of the mountain forest, 15% – in the steppe. But the most important thing is that in the Crimea there are many small rivers that can dry up in the summer, there are lakes and ponds, many reservoirs, the whole Peninsula is pierced by a large North Crimean canal. 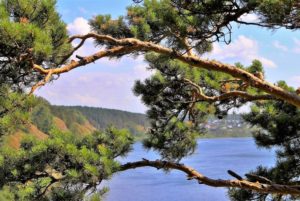 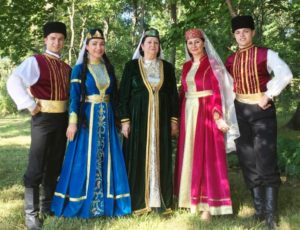 And the rest of the peoples of more than 100,000 people, there are Greeks, Italians, French, Bulgarians, Germans, Armenians and other nationalities. 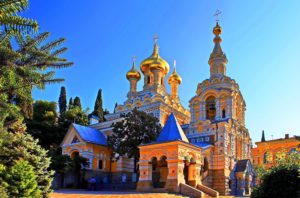 Religion is mainly Christianity and Islam. There are many Orthodox churches, Catholic churches, Lutheran churches and many Muslim mosques. 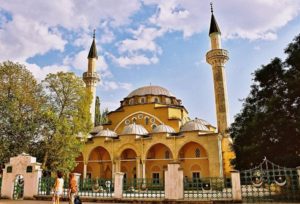 People in Crimea live for thousands of years, the first were the Brands, so for a long time Crimea was called Tavrida. Then there were the Scythians, the Greeks, the Romans, the Tartar Mongols, Genoese, Crimean Tatars, Russians, etc. Left many architectural monuments. Below you will see Chersonesos, the place where more than 1000 years ago, Russian Prince Vladimir converted to Christianity from Byzantium.

Next will be a photo of the Genoese fortress of the 14th century.

AGRICULTURE OF THE CRIMEA

In some sub-sectors, the Republic of Crimea occupies a leading position among the Russian regions.

Most of the cultivated area in the Crimea is used for grain crops (66 % in 2018), including wheat — 35 %, barley — 25 %, for industrial crops used 30 % of the area, including 10 % for sunflower. From 2015 to 2018, there was an increase in the acreage of agricultural crops from 630,000 hectares to 760,000 hectares. Very large subsidies are given by the state to 80% to compensate for the planting of gardens and vineyards to farmers of the Crimea. In Crimea, actively planted gardens, most of it peaches and almonds.

Under the control of “Massandra” 8 wineries and thousands of hectares of vineyards stretching from foros to Sudak. To be precise, the Massandra belongs suitable for viticulture land 4,000 hectares under vineyards and another 1,500 hectares of vacant land. In the vineyards of Massandra going more than 15 000 tons of grapes per year. Today, depending on the crop produced up to 15 million bottles of wine per year. 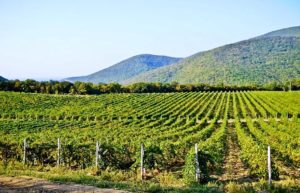 Below you can see the Chateau Massandra. 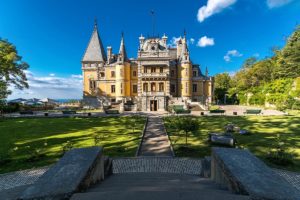 The land plot of 87 hectares or 217 acres is located 7 kilometers from the city of Feodosia. The city of Feodosia is located on the South-East coast of the Black sea, The city was founded by the Greeks in the VI century BC. From 355 BC – Theodosia was part of the Bosporus Kingdom. The city was destroyed by the Huns in the IV century ad.  During this period the town lived the Alans, and the settlement received the name of Alan Ardabda, translated from the Alanian (Ossetian) “the Seven gods”. In the V century, the city came under the control of the Roman (Byzantine) Empire, in the VI century was captured by the Khazars, and then again moved to Byzantium. Over the next centuries there was as a small village, which fell in the XIII century under the influence of the Tatar Mongols of the Golden Horde. Later it was bought by Genoese merchants.

The modern city has a population of 70,000 people. At the end of the 19th and the beginning of the 20th century many famous people lived there, such as the painter Ivan Aivazovsky (Hovhannes Aivazyan),romantic writer Alexander Green (Grinevsky), tobacco manufacturer Stamboli, sculptor Vera Mukhina.

Below you will see the volume of the artist Aivazovsky and the house of the manufacturer Stamboli. 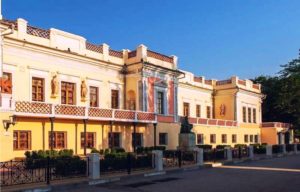 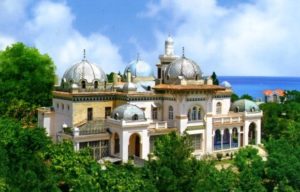