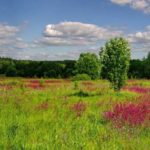 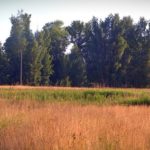 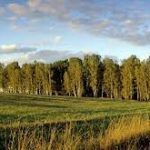 Sale of agricultural land in the Tver region

The lands are well maintained, previously cultivated by an existing agricultural enterprise. Everything is sold by the whole lot: farm buildings 3 pcs., office (office), garages, warehouses, granary, silo pits, a pigsty and other objects. Previously, the agricultural enterprise was engaged in the cultivation of grain crops and dairy cattle breeding, pig breeding.

4. Land for sale 3 615 hectares (9 038 acres)
Address: Tver region, Molokovsky district, a week from the urban-type settlement of Molokovo (district center) and the village of Dubrovka.
Communications: Electricity. There is natural gas in the neighboring village.

5. Land for sale 772 hectares (1 930 acres)
Address: Tver region, Selizharovsky district, a week from the village of Selizharovo (district center).
Location – in an ecologically clean place, the upper reaches of the Volga River, in close proximity to the Seliger resort and the Upper Volga Lakes – 20 kilometers.
from Moscow – 330 kilometers,
from Tver – 175 kilometers,
from St. Petersburg – 520 kilometers.

Communications: Natural gas in the village of Selizharovo (distance 4 km), the possibility of using liquefied petroleum gas. Electricity on the border of the site. Water supply from an artesian well.

The sites are located along the Mologa River, 6 kilometers of its coastline. A great opportunity for the organization of IVF and agritourism. Good road and possibility to connect to electricity.

If you liked the object and you need a photo or additional information, please contact us, indicating a specific area. Our agro realtors, business brokers, land lawyers or agronomist will give a detailed answer to your question.

Below you can read information about the Tver region and the areas where we offer real estate (agricultural land).

The Tver region is an ancient Russian land, which was one of the centers for the creation of the Russian national state. This land has preserved to this day numerous monuments of history, architecture, archeology and culture.

The population of the Tver region according to the State Agency for Statistics “Rosstat” is 1 245 619 people. (after the 2021 census).

On the border of the region lies the famous Lake Seliger. Another important fact that contributes to attracting tourists is the development in the field of agritourism.

In addition, the region is not only an important historical and cultural, but also the spiritual center of Russia due to its temples and monasteries, among which the Nilova Pustyn Monastery in the Ostashkovsky District and the Holy Dormition Staritsky Monastery should be highlighted.

Likhoslavl district is located in the central part of the Tver region. In the south it borders on the Kalininsky district, in the east – on the Rameshkovsky district, in the north on the Maksatikha district, in the west – on the Torzhok district. In the first millennium, Finnish tribes lived on the modern territory of the Likhoslavl region – the Ves and distant ancestors of the Karelians. Slavs settled here in the 10th century. The village of Likhoslavl was first mentioned in documents from the early nineteenth century. The Likhoslavl district was formed in 1929, it was part of the Moscow, and since 1935 in the Kalinin region. After mergers and reorganizations, it was restored in 1964.

In historical sources, Selizharovo was first mentioned in 1504 in the spiritual charter of Prince Ivan Borisovich of Volotsk. In 1862, the monastery settlements were merged and received the name Selizharovsky Posad, which became the center for the transportation and resale of timber. At the beginning of the 20th century, industrial production developed in the region, mines for the extraction of coal were opened. Today, the main activities in the district are agriculture, crushed stone mining, food production, and woodworking. Of the numerous rivers of the district, three flow through the administrative center – the Volga, Selizharovka, Pesochnya.

Road network: The Torzhok-Velikiye Luki railway and the Rzhev-Selizharovo-Ostashkov highway pass through the district.

The Molokovskiy district of the Tver region, and the urban and rural settlements included in it, were transformed into the Molokovskiy municipal district.

Two rivers flow through the territory of the Molokovsky district – Melekh and Mogocha.

In the north-east of the region there is a vast marsh massif Orshinsky Mokh with many lakes (Petrovsky lakes). In the southeast, part of the territory is occupied by the Zavidovo nature reserve.

Transport: The area has an advantageous transport location. The Moscow-St. Petersburg railway line, the M10 Rossiya highway, the Tver-Rzhev, Tver-Bezhetsk-Vesyegonsk-Ustyuzhin, Tver-Lotoshino-Shakhovskaya-Uvarovka highways pass through it.

It was formed in July 1929 and was part of the Moscow region. After several reorganizations since 1966, the Lesnoy district was formed again and entered the Tver region. The forest region is located on the spurs of the Valdai Upland and is distinguished by discreet but peculiar landscapes with numerous lakes and rivers. The valley of the Mologa River is the richest in natural attractions, with which the second name of the district is associated, very beautiful and poetic – Zamolozhye. The largest and most picturesque lakes – Pavlovskoye, Zastizhskoye and Ilovets, connected to each other by the Ilovets River, and the territories adjacent to them form a state general nature reserve with an area of ​​16 thousand hectares. On the territory of the district, two natural parks are classified as natural monuments – in the villages of Borisovskoye and Alekseykovo.

The laying of the railway at the end of the 19th century contributed to the transformation of Maksatikha from a village into a station, and the development of the timber industry into an urban-type settlement. The enterprises of the woodworking complex are still the basis of the region’s industry today. The processing industry is also quite developed. Maksatikhinsky Butter-Making Plant and Khlebokombinat are well-known both in the Tver region and beyond its borders.

As an administrative unit Maksatikhinsky district was formed in 1929. Initially it was part of the Moscow, and since 1935 – in the Kalinin region.

The village of Olenino was founded in 1902. Oleninsky district was formed on July 17, 1929 and was part of the Rzhevsky district. After several changes and transformations, since 1935 it has been part of the Kalinin (Tver) region.

Historically, the cultivation and processing of flax, forestry developed in the region.

The district is rich in coniferous and deciduous forests. About 60% of the territory is occupied by forests. In the Okrug there is the Oleninsky general species reserve, located north of the village of Tarkhovo, where the plants listed in the Red Book are protected, the reproduction of elk, capercaillie, wild boar, and bear is carried out.

Road network: the Moscow-Rzhev-Velikiye Luki railway, the Moscow-Riga motorway pass through the district.

You can see other objects in the Tver region 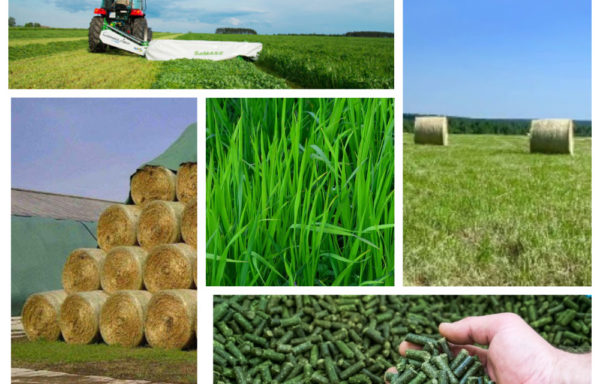