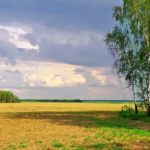 Sell existing profitable agricultural enterprise is located near the city of Vladimir.
1. Main areas of activity:
• dairy and meat cattle breeding
• milk processing
• crop production (feed and crops)
2. Land: 3,417 hectares or 8,542 acres.
3. Access roads on the territory of the enterprise are asphalted.
4. Cattle: Total number of livestock heads is 1834, including – 870 head of dairy cows, heifers – 206, rearing – 758 goals. It is possible to increase the number of cattle without the construction of new areas – milking herd of 200 heads, fattening – up to 1500 heads. Breed blood – brown Swiss, Holstein, Kalmyk.
5. Buildings and structures: 32 objects with a total area of 42000 sq. m. (production, warehouse and administrative premises).
6. Machinery: 40 units, including tractors, feed-combine harvesters, cars and trucks. All machines on the move, in working condition. The average percentage of wear is 55 %. Imported equipment is serviced by a service center.
7. Personnel: the number of employees 113 people, including – the head of 1 person, chief specialists – 8 people, specialists – 15 people.
8. Communications: monthly electricity consumption of 60-70 thousand kW/h, which is about 25% of the capacity of the TP. 3 TP are on the farm, there are free capacities of gas on the farm located 1 1 hydraulic fracturing and SHRP. Marketability of milk – 94 %. The company includes its own milk processing plant with an established sales system, which produces 25 types of products. Established its own distribution system that is not dependent on Federal networks. The company has no tax debts, banks are not pledged. Net profit for 2017 is $ 540 000 US dollars and in 2018 amounted to 580 000$.

The city of Vladimir is the administrative center of the Vladimir region. It is located mainly on the left Bank of the Klyazma river, 185 km East of Moscow. The area of the city is 125 sq. km. the Population is more than 355 000 people.

The city of Vladimir is the ancient capital of North-Eastern Russia or Vladimir of Suzdal Principality.
The Foundation of Vladimir is traditionally associated with the annalistic news that Vladimir Monomakh founded the city in 1108. In the 1990s, Vladimir historians spoke in favor of the transfer of the date of Foundation of the city to 990. Whenever it was founded, Vladimir begins to grow and strengthen thanks to the princes Vladimir Monomakh and Yuri Dolgoruky. Heyday owes to Prince Andrew Bogolyubsky, who in 1157 moved here the capital of the Principality.
The attack on Vladimir was inflicted in 1238 by the invasion of the Mongol-Tatars, the most severe of which was the devastation of the city in 1293.

The climate in the Vladimir region is moderately continental. Winter is moderately cold, with alternating periods of severe frosts and warming, sometimes reaching thaws. Spring comes in April. Summers are warm but relatively short, with rare periods of intense heat. What affects the climate in the Vladimir region is of course the number of rivers and lakes. To the North of Vladimir extends the hill Vladimir Opole, with its famous black soil, to the South of the forest and marshy Meshcherskaya lowland.
The surface of the region – a slightly undulating plain, hill, in the area between the Nerl and Kirzhach Vladimir Opole (height up to 236 m). The region is located in a zone of mixed forests. Forests cover ≈ 57% of the territory.

A flour mill in Russia is on sale