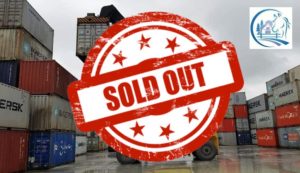 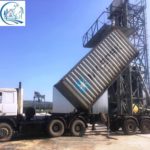 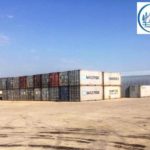 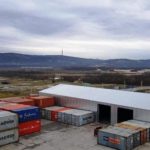 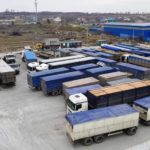 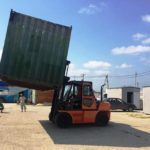 It is offered for sale the operating container terminal in Krasnodar region in 15 kilometers from the sea port of Novorossiysk.

Sale container terminal to handle all types of bulk cargo, grain, waste paper, metal, etc. the Territory of the land 0.655 hectare or 1.64 acres. The area is fenced. Its own substation, located on the territory of the terminal with a capacity of 115 kW.
Concrete platforms on which are located:
– avtovesy with a length of 20 meters, carrying capacity of 80 tons;
– warehouse of 960 m2.;
– hangar for sampling of 200 m2.;
– auto tipper with hopper for unloading grain;
– terminal equipment for loading containers – 3 PCs.
– Noria with a capacity of 175 tons per hour;
– Reach stacker Hyster CH – 45-31 capacity of 45 tons;
Access roads to the base are paved.
Distance from the port of Novorossiysk is 15 km away.

This terminal and its location are ideal for creating a business for buying agricultural products in Russia and selling it around the world. You can buy in Russia wheat, sunflower, sunflower oil, peas or metal, waste paper or any other goods. To form large batches of them to be loaded into containers and taken out by the buyer through the seaport of Novorossiysk.

Kuban or Krasnodar region is the southern region of Russia. The nature of Kuban is simply unique, has no equal not only in Russia but also in the world. Preserved along the black sea coast pistachio-juniper woodlands, as well as broad-leaved forests interspersed with rocky oak are unique.

Kuban has access to the warm seas of the Black and Azov, a mild healing climate, unique natural mineral springs and therapeutic mud, magnificent landscapes mountains, plains, canyons, caves, waterfalls, fertile soil, subtropics. The nature has created excellent conditions for agriculture, health improvement, recreation and tourism. In addition, traces of ancient civilizations were found along the coast: Hellas, the Roman Empire, Byzantium, the Principality of Tmutarakan and other later civilizations.

Kuban has one of the main riches of Russia fertile black soil. Here lie the southern leaching chernozems, having a large capacity of the humus layer up to 150 cm and characterized by a high content of carbonates in the lower soil horizons. Humus content 4-6% is slightly less than in typical Russian chernozems. Thanks to the Kuban chernozems agriculture in Kuban is considered the largest producer and supplier of agricultural products in Russia.

Occupying 3.3% of the total area of Russia’s arable land and 2.3% of agricultural land, the agro-industrial complex of Krasnodar region grows more than 100 crops from 124 across the country. Moreover, the yield of fruits, berries, cereals in the southern region is about twice as high as in the whole of Russia.

Novorossiysk seaport is located in the North-Eastern part of the Black sea. Within the water area of the seaport are the Inner Harbor, the Harbor of the shipyard, the Harbor “Combine Stroykomplekt”, neftegavan “shesharis”, the Harbor in the village of Aleksino, the Harbor of the marine terminal of the Caspian pipeline consortium. The inner Harbor is located at the top of Novorossiysk Bay to the North of the line connecting the Western and Eastern breakwaters. The seaport provides services for transshipment of General, bulk, container, food cargo, timber, crude oil and petroleum products. The total length of the mooring front is 15,000 meters, including 58 berths for various purposes on the Inner Harbor of 9900 m, 28 berths for various purposes on the rest of the port water area – 5014 meters, 805 meters of coastal fortifications, 4,000 meters of protective hydraulic structures. The main cargo that passes through the port is grain, coal, fertilizers, timber, oil and petroleum products, containers, food and chemical goods. The port’s cargo turnover amounted to 120 million tons per year.