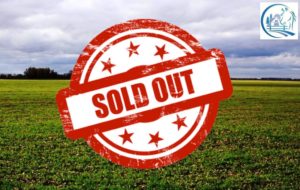 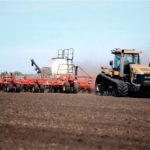 Large plot of land for sale in the Krasnoyarsk region of Russia. The land consists of 5 large blocks ranging in size from 1200 to 6000 ha each with a total area of 18 300 ha. The distance from Krasnoyarsk to land is 110 kilometers. The land is surrounded by forest, has access to the river. Suitable for growing cereals, Pancake week crops and soybeans.

The Krasnoyarsk Territory is a constituent entity of the Russian Federation; it belongs to the Siberian Federal District and to the East Siberian Economic Region. It is the second largest Russian region and the largest of the regions of Russia. Its area is 2,366,797 km²: in the north it is washed by the waters of the Kara Sea and the Laptev Sea. It includes the archipelagos Severnaya Zemlya, Nordenskjold, the islands of the Arctic Institute, Sergey Kirov. Included in the Siberian Federal District, Krasnoyarsk region from the point of view of the administrative-territorial structure includes: 13 regional cities, 44. More than 2 875 000 people live in the Krasnoyarsk Territory. The largest cities are Krasnoyarsk 936,000, Norilsk 206,000, Achinsk 111,000, Kansk 100,000, Zheleznogorsk 94,000 people.

Climate:
Natural conditions for the life of the population in the northern and central parts, including in the highlands, are relatively favorable. The territory is located within three climatic zones: arctic, subarctic and temperate. The continental climate is characteristic from southwest to northeast. The average rates of January are reduced from west to east in the northern and central parts from –27 ° C, Dikson, Dudinka to –39 ° C, Tura, Essei; in south parts from –16 ° С Krasnoyarsk to –24 ° С.
Summer in the north of the Krasnoyarsk Territory is very short, in the south the summer is longer from 110 days in Kansk to 120 days in the Minusinsk depression, warm. Wed July pace from less than + 10 ° С to Arctic. coast to +19 ° C in the south. Absolute maximum temperatures are reached in the north +37 ° С (Khatanga), in the center and in the south +39 ° С (Achinsk). In the south. parts are characterized by late spring and early autumn frosts, prolonged rains in the second free summer. The annual amount decreases from 550 mm in the west to 300 mm in the east; Max. the amount of precipitation (1000–1200 mm per year) falls on the windward slopes of the Sayan Mountains.

Flora – Fauna:
A narrow strip of forest-tundra is represented by larch woodlands in combination with tundra. In the northwestern part of the Krasnoyarsk Territory, Siberian larch dominates in the composition of woodlands. In the subzone there is poor productivity; in the undergrowth, a lean birch and alder shrubs are developed. The composition of forests (especially middle and south taiga) is greatly changed; sharply increased share of secondary forests. Huge areas of forests, especially cedar forests, suffer from Siberian silkworms. Significant reserves of non-timber forest resources: pine nuts, berries (lingonberries, blueberries, cranberries, blueberries), mushrooms, medicinal plants.
In the mountains, altitudinal zonation is expressed. On a plateau 400 m high, it is replaced by larch woodlands with an admixture of cedar dwarf pine. From a height of 750 meters in the south and 550 meters in the north, mountain tundra dominates. In the Sayans in low mountains to a height of 700–900 m, subtaiga aspen-fir, pine-small-leaved forests on sod-podzolic and gray forest soils are widespread. The mountain taiga forests located above, dominated by fir, cedar, and larch, are replaced by a narrow belt of subalpine woodlands. In mountainous regions tundra prevails with fragments of alpine meadows and glacial-nival complexes.

The fauna of the forests of the Krasnoyarsk Territory is more than 90 species of mammals and 255 species of birds. Characteristic representatives of the taiga fauna: brown bear, wolverine, wolf, sable, ermine, squirrel, chipmunk, as well as elk, wild reindeer. American mink, muskrat, etc. are acclimatized. Of birds, capercaillie, hazel grouse are of commercial importance. Woodpeckers, blackbirds, oatmeal, pine nut, Siberian lentils, owls and owls are numerous. More than 52 species of fish live in rivers, lakes and reservoirs of the Krasnoyarsk Territory. Whitefish – nelma, chir, muksun, peled, omul, grayling, also ide, pike, carp, carp, bream are of commercial importance. Siberian sturgeon, sterlet, lenok are prohibited from fishing, as rare and endangered species are listed in the Red Book of Russia.

Historical facts:
The penetration of the first detachments of Russian fishers in the Yenisei basin occurred at the end of the 16th century. A number of Russian winter houses appear here, which have become strongholds of fishing colonization in the region: Turukhanskoye in 1607, Khantayskoye, Imbatskoye. In 1619, the Cossacks founded the Yenisei prison, which turned into the main outpost of the development of Eastern Siberia. Since the mid-18th century, a large part of the population was concentrated in the zone of the Moscow (Siberian) tract, the Khakass-Minusinsk depression and in the Middle Prichulymye. Krasnoyarsk, Achinsky and Minusinsky agricultural areas developed at the fastest pace in Siberia. In 1822–1925 the territory of the modern Krasnodar Territory was the Yenisei province.

Agriculture:
The cost of agricultural products produced in the region is approximately 8 billion US dollars, over 50% of the cost of production falls on livestock. Plovino agricultural land 3,850,000 ha, of which arable land is 50%. They grow crops, potatoes, vegetables, as well as industrial crops. Dairy and meat breeds of cattle, pigs, sheep, poultry are bred. In the northern part of the Krasnoyarsk Territory, reindeer husbandry, fur farming, and fur trade are developed. 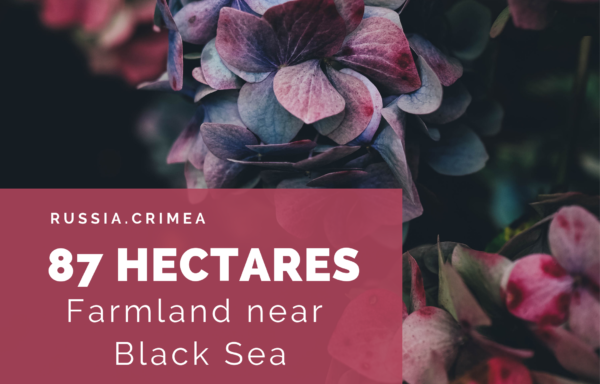