The fastest payback agribusiness in Russia in 2022

Due to the lack of elevator capacity for grain storage, as well as the catastrophic obsolescence of elevators, farmers annually lose at least 10% of their crops. However, there is still no state support program necessary to provide farms with their own elevators.

For example, in the Moscow region (a place of consumption), elevators with good infrastructure are empty, the expert complains. While in many elevators built at the production sites, grain is stored in unsuitable conditions, which annually leads to a loss of 2-3% of the crop and another 10% to a deterioration in grain quality. 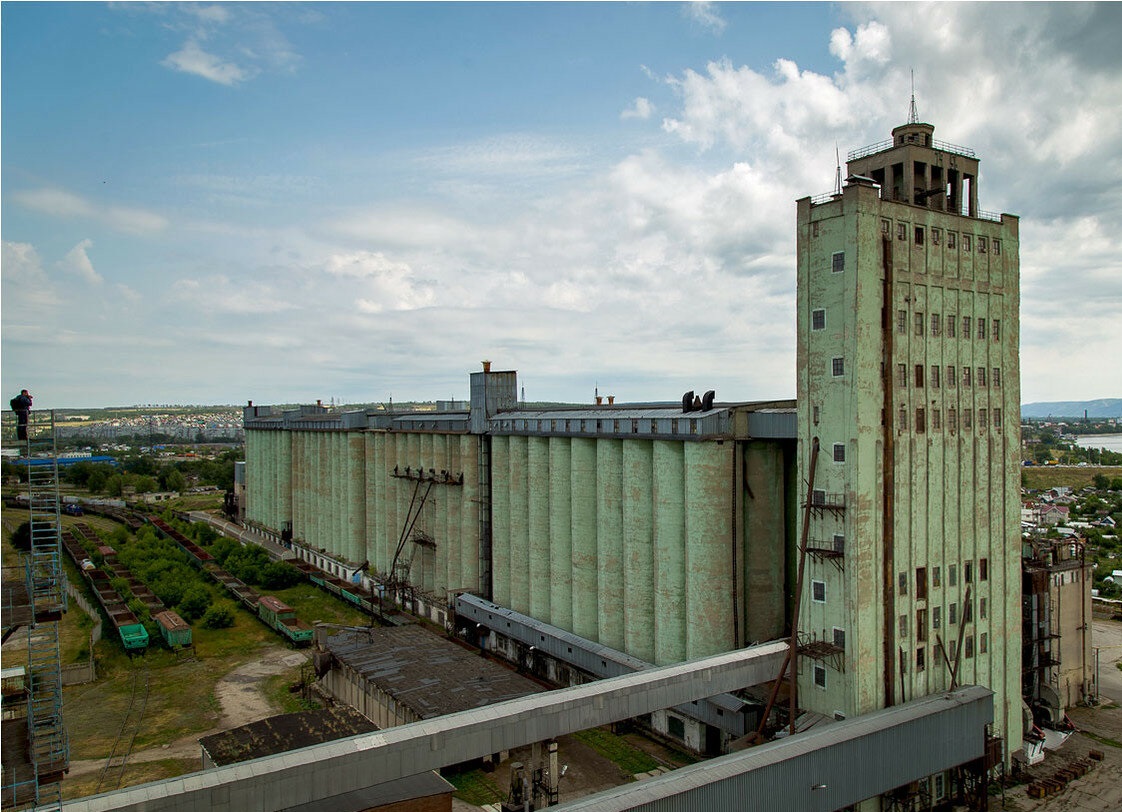 At the moment, the total capacity for grain storage in our country is 120 million tons of one-time storage, of which only 33 million tons is elevator storage (the rest is non-elevator floor storage warehouses). Of these 35 million tons, only 40% are in a condition that allows us to ensure the safety of the quantity and quality of grain. This is due to the fact that the equipment is outdated (the service life of Soviet concrete elevators is 35-50 years), and an insufficiently good aspiration system is used.

In addition, the elevator capacities inherited from the USSR do not meet modern requirements in terms of loading and unloading capacity, storage volume (earlier, grain was laid for a long time, now grain masses are often moved), as well as temperature and humidity conditions (14.5%) which must be strictly observed.

To correct the current situation, it is necessary to re-equip the elevator facilities. On average, the construction of 1 tonne capacity of an elevator facility costs $250. Modernization, which includes re-equipment, re-equipment and "patching holes" - $ 50-100. It turns out that it will take $5 million to put one elevator in order, and $25 million to build a new one. Buying an old elevator will cost from $5 to 10 million, but even in this case, it costs half as much as building a new elevator. Russian elevators can store from 50 to 150 thousand tons of grain.PURCHASE and conversion of elevators, an interesting and profitable investment strategy. 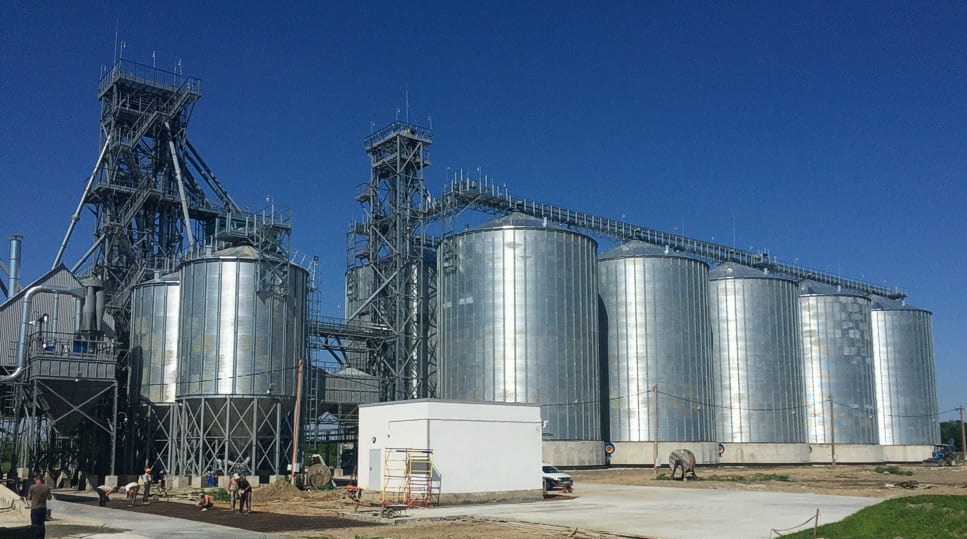 Provide services with granaries and elevators:

The subjects of the introduction of new elevator capacities are now businessmen and agro holdings. On average, 700,000 tons of storage tanks are put into operation across the country per year. For example, in 2012, the Biotechnologies company, using American CHIEF equipment, began construction of the first stage of a modern elevator for 240,000 tons in the Tambov region. This elevator is conceived as an infrastructural element of a plant for the production of biotechnological products from grain.

Also, a modern full-cycle elevator (grain acceptance, processing, cleaning, drying, storage) was built in 2014 at the Znamensky Breeding and Hybrid Center (the city of Orel). The facility was built by the specialists of the Innovative Design and Construction Company, an official dealer of GSI, with the support of technical specialists from GSI (one of the key brands of AGCO Corporation) as a raw material warehouse for a feed mill, which can store 136,000 tons of grain at a time. In addition, two tower dryers operate at the elevator.

A considerable number of elevators were also built by Petkus. “Over the past two years, about 10 enterprises from different regions have approached us for the construction of elevator capacities: the Kurgan Region, the Tyumen Region, the Perm Territory, and the Republic of Mordovia. Among such enterprises are the Avangard Agro agricultural holding, the Kuzbass Food Processing Plant, the Trud agricultural firm (Perm Territory), Rassvet (Kurgan Region).

Another enterprise where Petkus built an elevator is Russkoye Pole (Tyumen region, grain production and seed production, the area cultivated by the company is 8,000 hectares).

The elevator stores wheat, barley, oats, peas, and rapeseed of its own production. The average yield is about 4 tons per hectare. The capacity of the elevator is leased to other farmers and agro-enterprises.

In 2022, not as usual 130 million tons of grain crops were produced in Russia, but more than 155 million tons, and the storage capacity is 120 million tons. Shortage previously amounted to more than 10 million tons, and now more than 35 million tons. Previously, Russia began in advance at the time of harvest to take out the first million tons immediately by ships for export. This year, in connection with the military operation in Ukraine, shipments were slow, and there was a restart of elevators and granaries in the European part of Russia. But now the most interesting direction is Eastern Siberia, whoever buys or builds elevators and granaries there can do a very good business selling grains that can be purchased 15-20% cheaper in the European part and exported to Central Asia, Mongolia and China. And through the ports of the Far East (Port of Vladivostok) to Southeast Asia, India or Japan.

Our company "GeoBuro" will help you buy grain warehouses or an elevator, purchase and transport soybeans, peas, rapeseed from the European part to Russia to Eastern Siberia or the Far East. What are you getting? For example, having bought an elevator near the Chinese border, you buy soybeans in the European part of Russia for $500 in autumn and load the elevator in Siberia. And in the spring you sell soybeans for $1,000 per ton to Chinese entrepreneurs. The same scheme with rapeseed, you buy rapeseed at $400 per ton and sell at $850 per ton in the spring. Even simple small farmers in Russia do business on the resale of agricultural products purchased in the spring, how it works:

- To sow wheat on 1 hectare costs about 11,000 rubles, or at the exchange rate of the ruble to the US dollar 60, this is 185 dollars. Harvest from one hectare 4,000 rubles or 65 US dollars. Storage is about $5 more, plus $5 shipping for a total of $260-$270. From one hectare in the worst case, you will collect 3 tons of wheat. The price in autumn of one ton of wheat is 180-200 dollars per ton, respectively, three tons will cost at least 570 dollars. And your costs without storage and transportation are about 250-260 dollars. What are Russian farmers doing? They buy wheat in the fall for $180 per field, bring it to the elevator and put it in storage. Starting in February, they start selling wheat for about 15,000 rubles at a rate of 60 rubles per dollar, which is 250 US dollars per ton, and the income is about 25% in less than half a year. If you own an agricultural enterprise, then your cost of wheat is no more than $100 per ton, if you have your own elevator and working capital for the purchase of agricultural crops, such as soybeans, rapeseed, peas or corn, then your revenue from these agricultural products will be from 50% profit before taxes.

Contact the GeoBuro company and our specialists will help you choose an elevator, purchase agricultural products, receive subsidies for transportation costs for transporting goods from the European part of Russia to Siberia. Our lawyers will check and conduct all transactions in accordance with Russian legislation. Our financiers and accountants will help optimize the taxable base.

The article was prepared by the General Director of GEOBURO - Andrey Kichaev.