A large farm for sale in the Volgograd region for the cultivation of grain and legumes, as well as for the selection of chickpeas. The enterprise has land plots of 12 000 hectares, black soil with a quality of 86 points. Of the total area of ​​11 600 hectares of arable land, the possibility of increasing the amount of cultivated land is 16 000 hectares. 4 000 hectares are our own land plots. 1 900 hectares is a state lease for 49 years, 6 100 hectares are owned by local residents and leased to the enterprise for 5 years with the possibility of renewing the contract. At the moment, 2 700 hectares are planted with winter wheat.
The enterprise has the following agricultural machinery:
– Combines John Deere – 7 units (2 units in 2008, 20 units in 2013).
– Tractors tracked John Deere 9 – model 2 pieces and 8 – model 2 pieces.
– Wheeled tractors Kirovets (Russia) 3 pieces, tractor Bueller model 9 – 1 piece.
– Sowing complexes 15 meters wide 1 piece, sowing complex 12 meters 1 piece, sowing complex Vladimir (Russia) – 1 piece. And other attached agricultural equipment. Self-propelled sprayer Bars-3000 (Russia).
– Trucks of KAMAZ firm – 4 pieces with trailers. Fuel tanker cars – 2 pieces. Bus – 1 piece, GAZEL small-sized trucks – 2 pieces and cars.
Buildings and constructions:
– Warehouse 120 * 20 = 2400 meters built in 2017.
– Warehouse 140 * 20 = 2800 meters built in 2020.
– Mini plant for the production and packaging of sunflower oil up to 5 tons per day.
– Weighing for 60 tons.
– Dryer for grain.
– Several covered currents for storing and drying grain.

IF YOU DIDN’T FIND THE RIGHT OBJECT FOR YOUR INVESTMENT ON OUR SITE – then you can order it for us to search and check documents to complete a legally clean transaction.

Volgograd Region is a region in Russia, in the southeast of the East European Plain, a subject of the Russian Federation. The administrative center is the hero city of Volgograd (Tsaritsyn in tsarist times, Stalingrad in Soviet times). According to the Federal State Statistics Service, the population of the Volgograd Region is – 2 545 937 people. (2016). Population density – 22 55 people / km2 (2016). Urban population – 76.66% (2016). The city of Volgograd as part of the anglamentation is – 1 000 009 people.

The Volgograd region borders on the Saratov and Voronezh regions, the Republic of Kalmykia, Rostov and Astrakhan regions, as well as the Republic of Kazakhstan (West Kazakhstan region). It is part of the Southern Federal District of the Russian Federation. Governor – Andrei Ivanovich Bocharov.

The Volgograd region has an advantageous geographical location, being the main gateway to the south of Russia with access to Iran, the Caucasus, Ukraine and Kazakhstan. In the opposite direction to central Russia and the Volga region. Also in the region, two important rivers of the European part of Russia, the Volga and Don, are connected through the Volga-Don canal. With its help, you can go to the following seas: Caspian Sea, White Sea, Baltic Sea, Black Sea and Azov Sea. Occupies an area of ​​112.9 thousand km² (78% are agricultural land).

Climatic conditions
The climate of the region is arid, with a pronounced continentality. The north-western part is located in the forest-steppe zone, the eastern part is in the semi-desert zone, approaching real deserts. The average temperature in January is from -8 to -12, in July from 23 to 25. The average annual precipitation is up to 500 mm in the northwest, and less than 300 mm in the southeast. The absolute maximum heat + 42 … + 44 ° C is usually observed in July – August. The absolute minimum air temperature is -36 … -42 ° C and is observed in January – February.
The average long-term period for the formation of a stable snow cover in the northern regions is December 11-17, in the southern regions – December 20-25. Snow cover lasts from 90 to 110 days. Average snow depths range from 13 to 22 cm.
Winter in the Volgograd region, as a rule, begins in December and lasts 70-90 days. Spring is usually short and comes in March – April. Frosts sometimes occur in May, causing great damage to agricultural crops and fruit-bearing orchards. Summer is established in May, sometimes in June and lasts about 3 and a half months. Autumn lasts from late September to early December. There are sometimes frosts in October.

Economy of the Volgograd region
Volgograd Region is one of the most economically developed regions of Russia with a balanced economic structure. Diversified agriculture is combined with a diverse industry, oil and gas reserves. Two largest navigable rivers, connected by the Volga-Don canal, flow through the region. The Volzhskaya HPP is located in the region.

Light industry
The light industry in the region is represented by 207 enterprises, among which the largest are: LLC Textile Company Kamyshinsky Cotton Mill, LLC Roskontrakt-Kamyshin (textile sub-industry), LLC Tsaritsynskaya United Manufactory (sewing), LLC Uryupinsky Knitazh, CJSC AORA (knitted fabric), CJSC PO Shoe Factory (shoe), OJSC SOFT (leather and haberdashery), CJSC Fakel and LLC Svetloyarskaya wool (fur). Enterprises are unevenly located on the territory of the region: the textile industry is concentrated in Kamyshin, the knitwear industry in Uryupinsk and Volgograd, and the primary processing of wool in the Svetloyarsk district. In Volgograd there are also enterprises of the clothing, footwear, leather goods industry, and the production of hats. The dominant position in the structure of commercial products belongs to products of the textile industry – up to 80% of the total value of commercial products.

Agriculture
There is a large production of high-quality grain, corn, cereals, oilseeds and vegetable oil, vegetables, fruits, melons. In the structure of agricultural production approx. 70% falls on crop products and 30% – on livestock (pig, cattle, poultry, sheep). 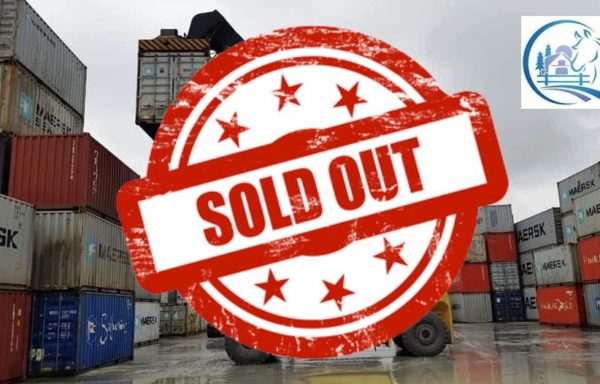