A large plot of land for sale in the Trans-Baikal Territory with a total area of 56 000 hectares or 140 000 acres. Land for sale completely cannot be divided into smaller plots. The land has not been cultivated for 6 years, it began to overgrow with shrubs.

The Trans-Baikal Territory is a subject of the Russian Federation as part of the Far Eastern Federal District and the East Siberian Economic Region. The administrative center is the city of Chita – 350 000 people.

CLIMATE
Like most of eastern Siberia, the climate of Transbaikalia is sharply continental with insufficient rainfall. Winter is long and long, with little snow, with a large number of clear days; the average January temperature is −20 ° C in the south and −38 ° C in the north. The absolute minimum is −64 ° C. Transitional seasons (spring and autumn) are short, spring is cold, dry, windy and summer is short and warm. The average July temperature is +23 ° С; the absolute maximum is +42 ° С. The frost-free period averages 80-140 days. The number of hours of sunshine in the region ranges from 1900 to 2600 per year, and in the city of Borz – 2800 hours. From 350 to 600 millimeters of precipitation falls annually, most of them fall in summer and autumn.

SOILS
The soil cover of agricultural land is mainly represented by chernozem 33% and chestnut soils 37% soils. Chestnut soils are more common in the Aginsky region of almost 63%. The most powerful and characteristic chernozems are common in the Mogoytuysky region, more than 61%. Gray forest soils, meadow chestnut, meadow swamp, salt marshes, sod-taiga, sandy loam and loamy soils are also widespread. The soils of the Agin steppe are generally quite fertile and, with the application of mineral and organic fertilizers and the proper treatment system, they are able to produce good and stable crops of grain and fodder crops.

AGRICULTURE
The Trans-Baikal Territory is a large agricultural region specialized in animal husbandry. Livestock is the main branch of agriculture, its share in the agricultural products of the Trans-Baikal Territory is about 80%. The specialization of agricultural production corresponds to the structure of agricultural land, most of which is occupied by pastures and hayfields. The main livestock industry is sheep husbandry, which has been developed in the region since ancient times. Currently, the number of sheep in farms of all forms of ownership of the region is more than 500,000 heads. One of the priority areas of animal husbandry in Transbaikalia is herd horse breeding. Considering the large areas of underutilized and freed up natural pastures and hayfields, significant resources of the uterine stock of horses, demand for horsemeat, a bet is being made in the region on the development of herd horse breeding. The number of pedigree cattle in the total population of the Trans-Baikal Territory is 12%. Among the breeding breeds, the Kazakh white-headed breed is the most popular, 42%, Hereford breed, 20% Kalmyk breed, 6% Simmental and 4% Galloway breed of cows. Pigs are bred in the region, the population is over 600,000 years. Poultry is developed and camels are even bred.
Agricultural organizations produce about 95% of wheat grain. The main production is concentrated in Priargunsky, Kalgansky, Krasnokamensky, Nerchinsk-Zavodsky, Nerchinsky, Mogoytuysky and Shilkinsky districts, which account for about 80% of the gross grain harvest. In the region planted potatoes, canola, peas, chickpeas, beans. 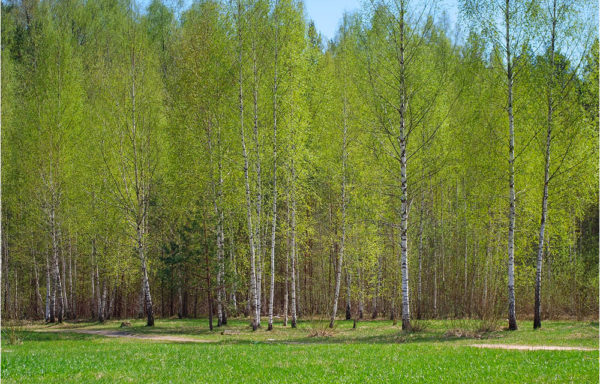 Sale of young forest in Russia