Clover is one of the main fodder crops in Russia

Why did our company - GEOBURO decide to write this article for our potential clients? The fact is that Russia is a huge country and there are many different types of soils on its territory (article about russian soils ), time zones, climatic zones and almost 400 million hectare of agricultural land. All this leads to the fact that foreign investors or foreign farmers do not understand the full potential and opportunities that the territory of Russia gives for the development of agriculture. Many people try to grow the well-known fodder grass ALUCERN, but it grows only on 35-40% of the territory of Russia. But there are no less effective forage grasses, one of them is CLOVER.

Clover is used to make hay, highly nutritious silage, haylage, grass meal, pellets. Thanks to nodule bacteria, clover has the ability to release large amounts of nitrogen into the soil. Within 2 years, clover is able to accumulate in the soil from 6 to 9 tons per hectare of root and crop residues, which is equal to 150-200 kilograms of nitrogen per hectare in dry form.

The clover layer serves as an excellent predecessor for fiber flax, grain crops, sugar beets, potatoes and other crops. Clover occupied fallow in terms of the yield of winter wheat is often not inferior to pure fallow. The introduction of clover into crop rotation helps to increase its productivity. With high yields of green mass, it clears the fields of weeds and increases soil fertility. 100 kg of clover hay contains 53 feed units and 8 kg of digestible protein. 100 kg of fresh grass - 23 feed units and 3 kg of digestible protein.

In Russia, clover sowing began more than 200 years ago. The first experiments with clover were made by the Russian agronomist A.T. Bolotov at the beginning of the second half of the 18th century. At the beginning of the XIX century. it began to be systematically sown in the fields in Yaroslavl, Perm and other provinces. Some varieties bred at that time have not lost their significance in our time. Before the Revolution of 1917, clover sowing in Russia had a small distribution. So, at the beginning of the XX century. in the Yaroslavl province, clover was grown by 8% of peasant farms, and the area occupied by clover was 1% of all arable land in the Russian Empire.

Red clover is the leading fodder crop in field crop rotations in the forest-steppe and forest zones, which make up half of the territory of Russia. In the north, it is cultivated on the Kola Peninsula, in the Arkhangelsk region, the Komi Republic. Beyond the Urals - north of Tyumen and Krasnoyarsk. The southern border of clover sowing runs from somewhat north of Kharkov to Penza, Chelyabinsk and Kurgan; in Siberia - Omsk, Novosibirsk, Barnaul, Kyzyl, Irkutsk. Clover crops are found in the foothill regions of the Caucasus, the Urals and Altai.

During the Soviet period, the sown area occupied by clover amounted to more than 6 million hectares. In the forest and steppe zones of Russia, clover ranks second among perennial grasses, behind alfalfa.

The genus clover (Trifolium) includes about 300 species, of which 3 perennial and 3 annual species are used in cultivation.

In field grass sowing, perennial species are most widespread, the main species is red clover.

Red clover is a perennial plant that lives 2-4 years in the field. 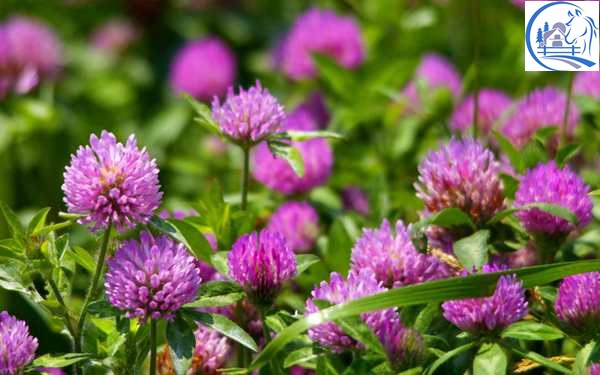 Clover hybrid, or pink, differs from meadow clover in smaller sizes and pink heads. It is more hardy and tolerates winter frosts and spring frosts better than red clover.

Able to grow in pasture use in one place up to 6-8 years, in the field usually 3 years. Less picky about soil acidity, can grow on heavy clay and waterlogged soils.

The aerial part grows well after mowing or grazing. Hybrid clover is commonly used to create artificial hayfields, cultivated pastures for long-term use, as well as in fodder crop rotations in areas with poor soils. 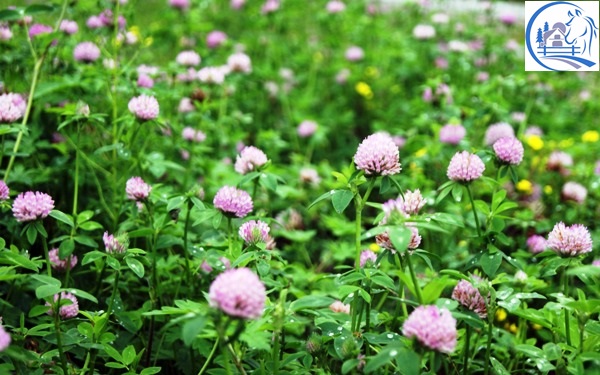 Creeping clover, or white, has a branching stem. Flower heads are loose, spherical in shape with a white corolla.

It grows well on moist clay soils, the most resistant of the clover species to the close occurrence of groundwater from the soil surface and flooding. In herbage it can grow up to 8-10 years. Resistant to trampling by livestock, grows back quickly after grazing. Not suitable for haymaking.

Creeping clover is considered one of the best pasture plants for the Non-Chernozem zone due to its high fodder qualities and good preservation. It is also suitable for reducing the shedding of soil on slopes and ravines in case of the threat of the development of soil erosion processes.

In the Central Chernozem zone, early-ripening clover from regrowth in spring to the first cut takes 65 days, from the first cut to the second cut for hay 35-50 days, when harvested for seeds - 80 days. 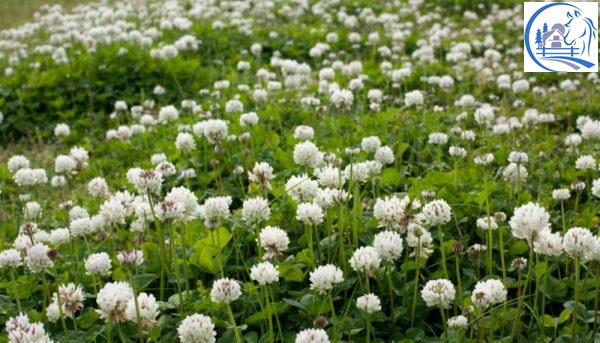 The place of red clover in a crop rotation depends on the cover crop. When overseeding under winter rye or winter wheat, it is placed in the field following the fallow. Clover is also sown under the cover of spring barley, oats, after potatoes or other crops.

Thus, various crops that provide good development of plants under cover can serve as predecessors of red clover.

Clover is returned to its original place after 4-5 years, an earlier return is undesirable.

The best time for harvesting red clover for hay is mowing in the budding phase - the beginning of flowering. By this phase of the growing season, it forms the majority of the crop with high protein and low fiber, and the regrowth of mowed plants is the fastest, which ensures a high yield of green mass or hay from the second cut. Earlier mowing leads to a crop shortage, and young grass dries longer.

Green mass can also be used for the preparation of haylage, silage, grass meal, granules. Humidity of hay should be no more than 17%.

The nutritional value of hay depends on the methods and conditions of its preparation:

One of the most productive varieties of clover is Amos.

Breeding and seed company "DLF-Trifolium A / S" (Denmark) Year of inclusion of the variety in the State Register: 2010.

For 2007-2009 years of testing, the average yield of dry matter was 15 tons per hectare, the maximum yield of green mass was almost 30 tons per hectare, obtained on the fields of the Lepelskaya State Agricultural Institution in 2008. Grows quickly in spring and after mowing. The variety is characterized by high leaf fouling, resistance to pests and good winter hardiness. Content in dry matter: protein - 16%, calcium - 1%, magnesium - 0.3%. Collection of protein - 2.7 tons per hectare.

The article was prepared by the General Director of GEOBURO - Andrey Kichaev.